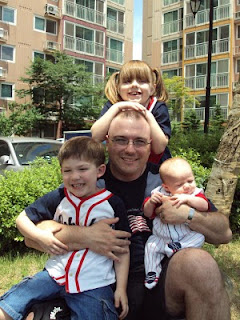 The day I got my Memorial Bracelet I went into my office and cried when I opened it. I met Donnie through SSG Brooks. We were in Ba'Qubah, Iraq during the surge in 2007. Donnie was part of the PSD team for the BDE Cdr and I was on the PSD/LRT for the DCO. Casualties where very heavy that summer. We lost so many to IED's, Suicide bombers, and small arms fire. I went to more Hero flights than I want to remember. Out of all of the folks we lost Donnie was one I could put a voice to a face and face to the litter that was carried to the chopper. We had a few conversations over dinner in the DFAC and even though I didn't know him as well as I wish I could have, I swore after his death that I would never let the snipers bullet silence his memory. Rest in Peace Donnie D. Dixon.

SSG Jimmy Ray H.
Live the Legend
Be the Legend
1st CAV DIV
OIF 06-08
Posted by Rob on 7/04/2010
Email ThisBlogThis!Share to TwitterShare to FacebookShare to Pinterest